We have been lucky enough to have travelled to a number of destinations worldwide. You can find some great ideas for family travel to these areas by following the links below. This page is a work in progress so please bear with us while we produce our detailed destination guides. 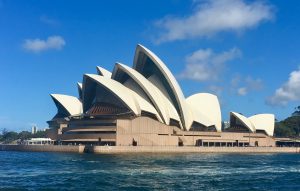 Currently the Travel Children call Australia home, having moved here from Scotland two years ago. It is a diverse country with an interesting indigenous culture, unique animals and vast landscapes. Given that it’s the sixth largest country in the world, a short visit would not do it justice. When you consider the distance most people travel to reach it, you should try to stay for at least three weeks. Definitely don’t miss Sydney and Melbourne. Try to also make room in your itinerary for a road trip up the East Coast to Queensland.

England is just across the border from our former home in Scotland. As a result the Travel Children have visited England several times. Of course London is a particular favourite, but we have also spent time in Beatrix Potter’s Lake District and football-mad Manchester. Birmingham, in the Midlands, and northern Newcastle (the namesake of our current city in Australia) are two other cities worth a visit.

A short hop across the Channel from the UK, France is a brilliantly diverse country. Paris is a dream destination for many but there is so much more to France. The Normandy Beaches will make a real impact on the whole family. The Loire Valley is awash with spectacular chateaux and is not far from the capital. Brittany is a classic coastal destination home to the world famous abbey of Mont-Saint-Michel. Of course, the Travel Children can’t talk about France without mentioning Disneyland Paris, the European cousin of the American Disney parks.

Ireland: the Emerald Isle. As soon as you set foot in Ireland you will realise why it got this nickname. The green countryside stretching as far as the eye can see will cast its spell on you. The first port of call for most visitors is its vibrant capital, Dublin with its many family friendly attractions. A road trip is the best way to explore Ireland, taking in the other major cities of Galway and Cork. When you are in Cork, make you sure visit Blarney Castle to kiss the Blarney Stone. Legend has it that those who do receive the ‘gift of the gab’!

Bella Italia. Between its delicious food, beautiful views and ancient ruins, Italy will make sure you leave wanting to come back for more. Rome, the Eternal City, has enough churches alone to last you a year, the most famous being St. Peter’s basilica in the Vatican City. The ancient Roman ruins will amaze you and your kids will never forgive you if you don’t visit one of Rome’s famous gelaterias every day of your visit! Florence, Venice, Milan, Bologna: the list of iconic Italian cities is endless and the perfect excuse to return so you can experience them all.

New Zealand is a roadtrippers paradise. Hire a campervan and take your time to explore all that it has to offer. From the bright lights of Auckland to the culture of the capital Wellington, you can easily spend over two weeks exploring the North Island and still not see everything. A particular favourite for the Travel Children was Rotorua, where you can experience Maori culture and witness spectacular geothermal geysers explode into life.

The Travel Children didn’t have enough time to visit the South Island, but we hope to return soon. A visit to Queenstown, the adventure capital of the world, and Christchurch are at the top of our list. 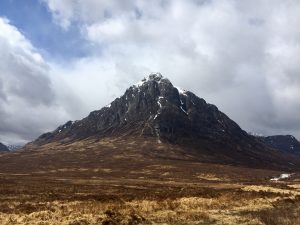 The Travel Children were born in Scotland and spent their early years travelling widely through this beautiful country. Living between the two major cities of Glasgow and Edinburgh, we were able to regularly enjoy the cultural delights of both. Scotland is a relatively small country making it easy to travel, but what it lacks in size it more than makes up for in heart! It is absolutely bursting with majestic landscapes, historic castles and enough fantastic attractions to last you a lifetime. If you visit Scotland once, I can guarantee that you will want to come back again and again.

Spain is not just the home of the cheap package holiday. It is so much more than a week spent lounging by the pool. From cosmopolitan cities like Madrid and Valencia to sleepy mountaintop villages, Spain really deserves a more thorough exploration. Beyond Mainland Spain, the Spanish islands are also very popular with tourists, especially the Canary Islands: an archipelago in the Atlantic Ocean, 100kms off the coast of Morocco. Tenerife and Gran Canaria are particular favourites of European holidaymakers due to their year-round warm climate and concentration of attractions.

The Travel Children love the US and have visited a number of regions. From boarding the QM2 in New York, roadtripping across California, making the most of 48 hours in Las Vegas, marvelling at the Grand Canyon and visiting Mickey Mouse in both Disneyworld and Disneyland, the Travel Children have been lucky enough to enjoy some amazing experiences in the United States of America, with hopefully many more to come.

Subscribe so you will be the first to know when we release our content on Belgium, The Netherlands, Germany, Austria, Israel, and lots of other fantastic destinations.