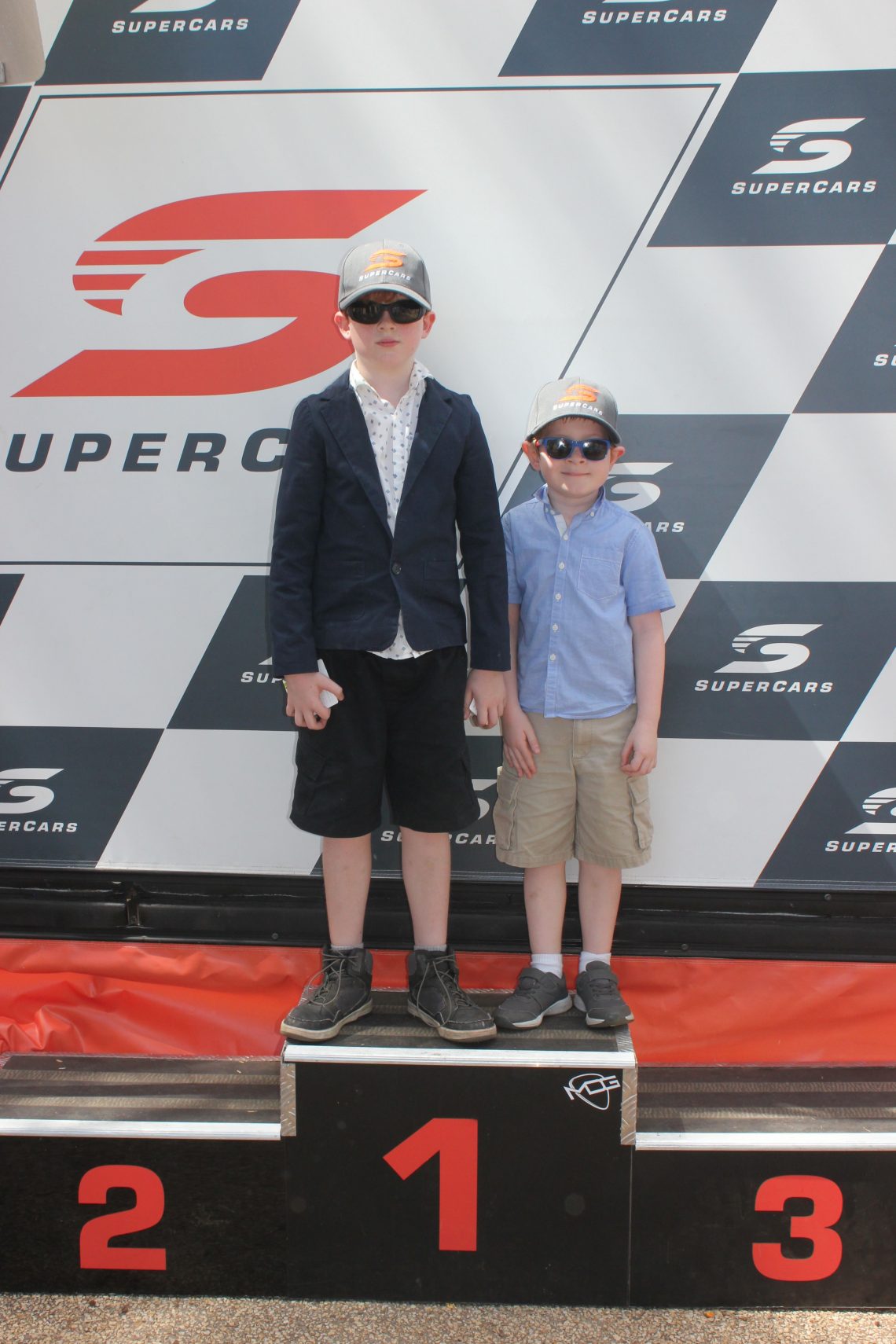 For the second year in a row, the final race of Australia’s Supercars Championship was held on the streets of Newcastle, New South Wales. For those who don’t know, Supercars is a touring car championship and is extremely popular in Australia. During last year’s race the Travel Children were in Brisbane for the Ashes test match between England and Australia. But this year we were lucky enough to attend and had an amazing day. Read on to find out more about attending Newcastle Supercars with kids and how the Travel Children got to sit in the seat of a race car! 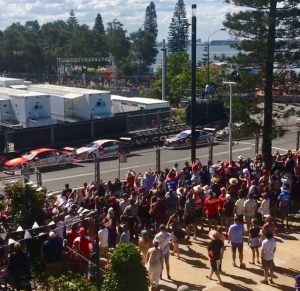 The Newcastle 500 is a street circuit held on the road’s of Newcastle, NSW. It follows a route through the city’s CBD and East End before heading back along the coast to the finishing straight. It takes place over the course of three days in November. On the Saturday night, a concert is held in tandem with the event. In 2018, Simple Minds were headliners with Kiss set to take to the stage in 2019. As well as Supercars, spectators can also enjoy a number of support categories, including the second tier Super2 Series and a Toyota 86 Racing Series.

How to get there?

Race tickets also include travel on public transport so getting to the track is a breeze. We literally caught a bus from our street and transferred on to a shuttle bus that took us straight to the circuit. Driving is not advisable as there are obviously a number of streets closed to traffic and the city is packed with race goers. You can even use your ticket to travel from as far afield as Sydney. 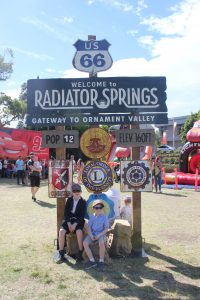 Just outside of the race precinct, Newcastle’s Civic Park became Radiator Springs for the weekend. The star attraction was Mack the Transporter from Disney’s Cars. The Travel Children took their places on the podium, before enjoying all the free kids activities. There was a LEGO playzone, inflatable slides and a scooter race course. It was a great family pit stop and we would recommend fitting time in your race day to join in the fun. 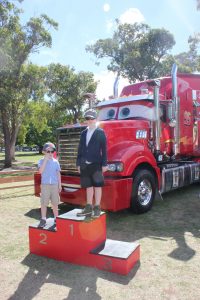 There was a second family fun zone within the ticketed area at Pacific Park, which is a short hop from the golden sands of Newcastle Beach. At what other race circuit in the world can you go for a swim between races??

Trackside tickets allow spectators the freedom to wander around the track and access viewing spots alongside the road. Great news for families is that kids 12 and under receive free trackside admission with a paying adult. Grandstand seats cost extra. 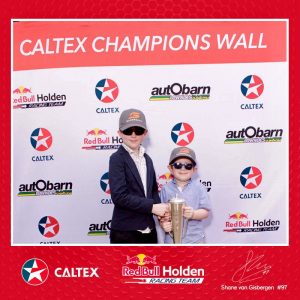 Having made our way through the ticket checks, there were loads of opportunities to pick up some merchandise and freebies. The Travel Children love a good freebie! Our personal favourite was the chance to pose with the Bathurst 1000 race trophy and get a free photo. The kids were also given some free earplugs which came in useful, but I would recommend bringing ear defenders if you are attending with children.

There were loads of food and drink stalls available, and you can also bring your own refreshments if you want to save time and money.

The Travel Children were really lucky to be able to watch the event from the comfort of the Customs House Hotel (as the Travel Dad’s business colleagues had booked a function room). Overlooking the first corner, we watched the cars zooming past from an elevated viewpoint. With a packed schedule of races in different categories, the kids cheered on all the drivers and waved their (free!) flags as hard as they could. 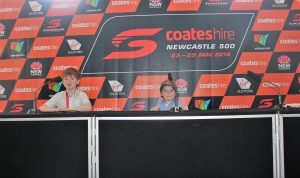 An extra special bonus was that the media centre was next door to the function room. The kids posed behind the mics and pretend to be Scott McLaughlin and Shane van Gisbergen. They even had a sneak peak of the press conference with Super 2 Series winner, Chris Pither. On his way out of the building they managed to grab a photo with the man himself and his winner’s trophy. 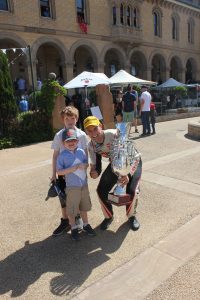 Another special moment came when they were invited to sit in the driving seat of a racecar! Gavan Reynolds, Newcastle local and driver in the Toyota 86 series, was kind enough to allow them behind the steering wheel of his car. It’s safe to say that he absolutely made their day. I think I might have two budding racecar drivers on my hands. 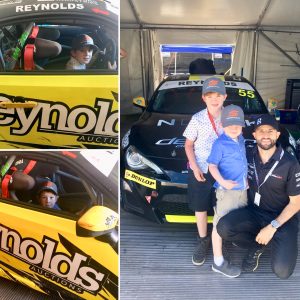 It was then time for the main event and the final race of the 2018 Supercars Championship season. David Reynolds was the race winner, but the overall Championship went to Scott McLaughlin. It was a great conclusion to what was a fantastic experience for the kids.

Tickets for the 2019 Newcastle 500 race are already on sale. Its scheduled to take place from 22 to 24 November 2019. Kiss will be performing on Saturday 23 November. The Travel Children are desperate to go again next year!

Supercars is a brilliant family event if your kids love fast cars. There is no shortage of things to keep them entertained. Do be prepared for a long day though. Don’t leave home without sunscreen, hats, refreshments, ear defenders and something to sit on. And don’t forget your swimmers for a post-race dip at the beach!

Do your kids enjoy motorsports? Have you taken your family to a racing event? Let us know in the comments below. 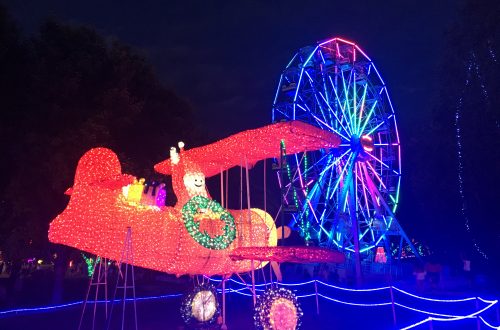 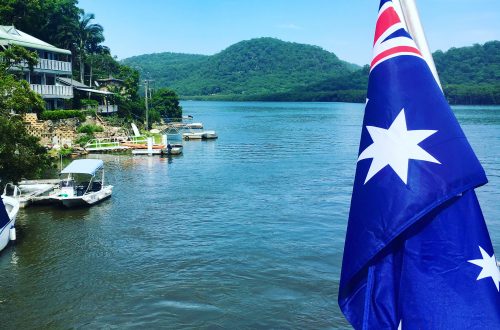 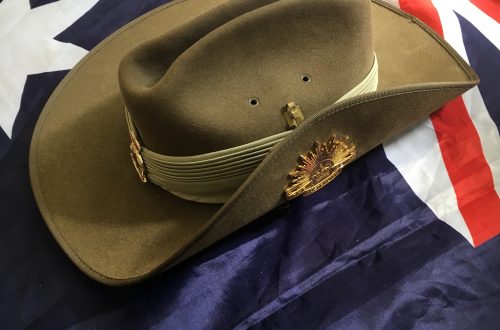